From The Mythology Project During The Mythology Project, I staged mindless consumption of newspapers and sweets, metaphorically ingesting prefabricated ideas for comfort and social identification. As an artist moving from Los Angeles to San Francisco in 2004, compulsive overeating was an outlet for my anxiety over-adjusting to my new community.

The Project spanned several months and consisted of four major performances: Mythos, Consuming Cake, and Newsreel. Each performance followed a similar routine: Cookies were baked and I ate up every bit of them. This satiated my cravings and forced introspection to my relationship with food and the physical act of over consumption. The cookies spelled ‘Myth’ because I envisioned them made of ideas and concepts circulating within a culture. Baked and ready to eat, the cookies are the culmination of common knowledge and social norms that would otherwise be intangible and formless. Eating the cookies and consuming the Myth, I could cohere with the otherwise amorphous zeitgeist.

Similarly, artist Chika Sato took a bite of cake, consuming values and opinions metaphorically baked into the batter. Her identity was modified as she chewed and swallowed. As a Japanese-American artist concerned with semiotics and language barriers between cultures, it was fitting that she consumed cake iced with words suggesting a way for her to commune with culture. 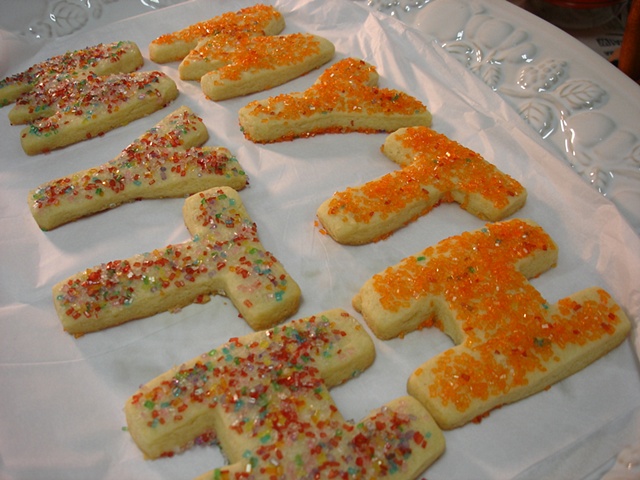